It is near impossible to work in the world of Intellectual Property without seeing near daily discussions on whether patents are worth the paper they are written on. This is mainly because in sight of the number of litigation cases, in regards to patent infringement and disputes, it is believed that patents are only worth the money you have to defend them. For established corporations this is all part of the process and they have a bank balance able to absorb such an impact, but for individual inventors and SMEs this is an obstacle they cannot always overcome. Enter intellectual property insurance… 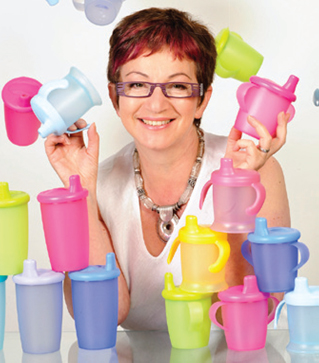 One example of an individual inventor who triumphed in court over lucrative rival companies is Mandy Haberman, the creator of The Anywayup® Cup. She was forced to defend her Intellectual Property rights, through the courts, to the tune of half a million pounds, as established corporations in the baby industry did whatever it took to try and justify their sheer oversight of not having invented the product first. Having won every legal battle brought against her, Haberman now sells over 10 million cups every year, providing her with a tidy monopoly, but at an unnecessary cost.

Although this is one story of success, not every individual or SME will have access to the sort of funds potentially required to defend a successful patent, and it is these concerns that overwhelm the inventors that pass through our doors on a daily basis. So what can an inventor or SME do to prepare themselves for potential future legal battles? And what can be done to reassure people that patents are still worth something?

One potential option is licensing. By licensing out intellectual property to another company, often the agreement can include that future legal costs and patent costs are covered by the licensee. It is in a licensee’s interests to include this clause, as, should any disputes arise and the licensor not have the funds to cover legal proceedings, both the licensor and licensee may lose out in greater monetary gains.

But by licensing you are handing over the majority of profit to the big cats once again. But what for the individual or SME who chooses to manufacture the product and does not want to license? There is unbelievably a potential answer: Intellectual Property Insurance.

Until recently, Intellectual Property Insurance was exceptionally expensive and something only attainable by large capital companies, but gradually, over recent months, policies are starting to emerge that are accessible by the everyman inventor and are more tailored to helping people to enforce their intellectual property rights – predominantly those granted.

By paying a monthly premium, inventors are provided with additional security with which to confidently commercialise their new product ideas, without fear of unjust repercussions from potential competitors. Much in the same way you would insure personal property, Intellectual Property acts as a fail-safe in the event of an ‘incident.’ As with any insurance, such an incident may not even occur in an inventor’s lifetime, but provides peace of mind in the event that it does. 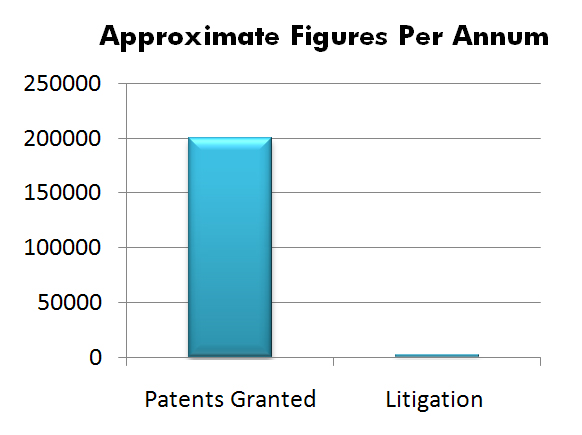 The UK IPO estimate that litigation cases only arise in about 10-12 patent cases every year. With approximately 200,000 patents issued per annum, this equates to 0.005% that ever reach a court setting: that’s approximately 1 in every 20000 applications. Represented graphically, pictures speak louder than words, as the number of litigation cases per annum are barely visible.

Although inventors’ concerns over potential lawsuits may be exaggerated when looking at the realistic figures, they are by no means unfounded and it is perhaps Intellectual Property Insurance that could provide the support so widely sought. The appearance of more policies that cater for the individual inventor at an affordable cost would hopefully encourage more inventors to take on manufacturing processes, as well as restoring people’s faith in the long running patent system that is integral to the industrial history of our country.